Spunbond - the name of the technology of production of nonwoven material from polymer melt spunbond method. Often in the professional environment, the term "spunbond" also refers to material produced using the spunbond technology.

The essence of the spunbond method is as follows: the polymer melt is released through the spinnerets in the form of thin continuous filaments, which are then stretched out in the air flow and, laying on a moving conveyor, form a textile canvas. The threads on the formed web are subsequently sealed.

The binding of threads in a canvas can be done in several ways: 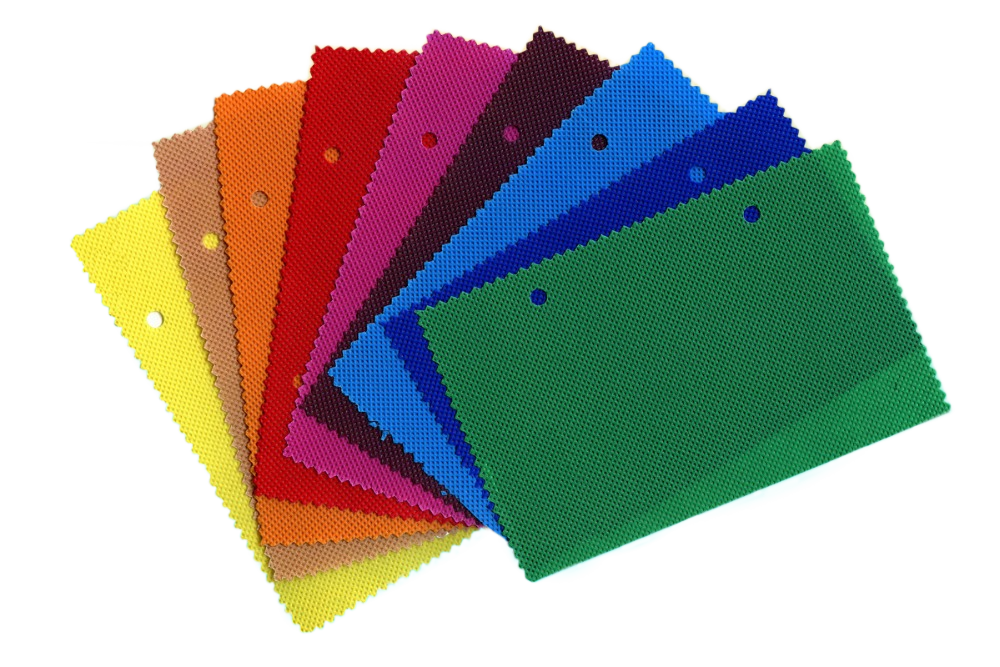 Fiber-forming polymers with a wide molecular-mass distribution, such as polypropylene, polyethylene terephthalate (polyester), polyamide, etc., are used as raw materials for the production of the spunbond material. in the canvas and provides a high production of fibers in recalculation per kilogram of raw materials.

The process of forming the canvas includes the following main steps:

Polymer granules enter the extruder, in which the melting process is carried out, after which the molten polymer is forced through special holes - dies, forming endless threads. The die is a metal plate with holes made of heat-resistant steel. Dies differ in the number of holes, their diameter and shape. The diameter of the holes in the die can vary from 250 to 1200 μm. The dies are located on a special dyed beam, while in the production of a more dense arrangement of fibers on the canvas is most often used several beams (usually two or three). Before laying on the conveyor, the threads go through a drawing stage - aerodynamically or mechanically.

The most widespread aerodynamic method of drawing, consisting in pulling the threads under the action of high-speed air coming from the ejector. In the process of stretching the threads are cooled, gaining strength. The cooled threads coming out of the ejector are placed on the conveyor; uniform and uniform distribution of the threads on the canvas is carried out with the help of special devices located in the ejector. The speed of the conveyor can vary, thereby achieving a different density of the material.

For fastening the formed web one of the following methods can be used:

The method of bonding the material determines the scope of its further use. The most common method of fastening threads in a canvas is thermal bonding on a calender used for cloths with a density of less than 150 g/m2. For denser cloths (over 150g/m2), the most frequently used needle-punching method of fastening. Thus, the range of possible spunbond densities varies from 15 to 600 g/m2.

At present, the improvement of technologies for the production of spunbond spunbond nonwovens follows the path of obtaining bicomponent (elementary fibers are obtained by coextrusion of two or more polymers) of materials combining the properties of the original polymers.

In determining the suitability of non-woven materials "spunbond" for use in their respective industries, a comprehensive assessment of the material is carried out, which allows us to more accurately determine the behavior of the "spunbond" in operation. For this purpose, first of all, it is necessary to establish what impacts the material will be subjected to under operating conditions and what properties it must possess in order to meet the requirements imposed on it in connection with this. Thus, when evaluating a spunbond, its geometrical, physicomechanical and hygienic properties are guided.

Due to the nature of the production and the versatility of the physicomechanical properties of non-woven materials spunbond and SMS, they are widely used in many industries and national economy. This feature must be taken into account not so much when building a product marketing system, as in assessing the possibility of market development.

According to the current trend in the market of non-woven materials such as Spunbond and SMS, it is accepted to consolidate the scope of application of these materials as follows:

Agrotextiles - spunbond, used as a covering material in agriculture. Such a spunbond is obtained by the introduction into the melt of special ultraviolet stabilizers that prevent the process of destruction of polypropylene under the action of the sun's rays. White spunbond is used to harbor plants, black - for mulching the soil.

Material for the production of women's and children's hygiene (pads, diapers) - is used as one or more outer and inner layers in the product. It serves as a layer for retaining absorbent layers under the condition of passing moisture and air, in order to give anatomical shape to the products.

Non-woven material produced by technology Spunbond and SMS has several advantages when used in the manufacture of hygiene products:

In the production of disposable clothing around the world is widely used non-woven materials made using the technology Spunbond and SMS. This allows you to get sets or individual elements of protective clothing that has the desired properties and at the same time inexpensive to manufacture.

Products related to this segment of the nonwovens market are intended, first of all, for medical treatment and prevention facilities, beauty and treatment rooms. In addition to the medical and cosmetological industries, it is worth noting the widespread use of disposable clothing as protective clothing and clothing for various jobs. Nonwovens consumed in this market segment are represented by Spunbond and SMS in densities from 15 to 60 g/m2, and a wide range of colors.

Construction membranes - rolled or sheet materials used to protect buildings and structures, as well as their individual elements from the effects of climatic factors. Their use allows you to extend the service life of construction, finishing or insulation materials and reduce construction costs in terms of saving them.

Furniture accessories - non-woven materials Spunbond, are used as a backup or protective material in the furniture industry, in garments or in materials that serve as the basis for the manufacture of covers, bags, substrates, bedspreads, etc.