The breathable film line has the same extrusion process as other cast film lines, but equipped with the MDO (machine direction orientator) unit. Filled with appr. 50% percentage of CaCo3, the film is stretched by MDO unit to make micro pores inside. Those high-density micro pores in the film allow the gas or water vapor to transmit but stop the liquid flow. So it gets the name as "breathable film". Its outstanding features not only can be found in "breathable", but also in textile-like handfeeling, making it an ideal backsheet for diaper and sanitary napkin.

Breathable film is growingly used in those fields such as baby diaper, sanitary napkin, medical dressings and roof underlay. 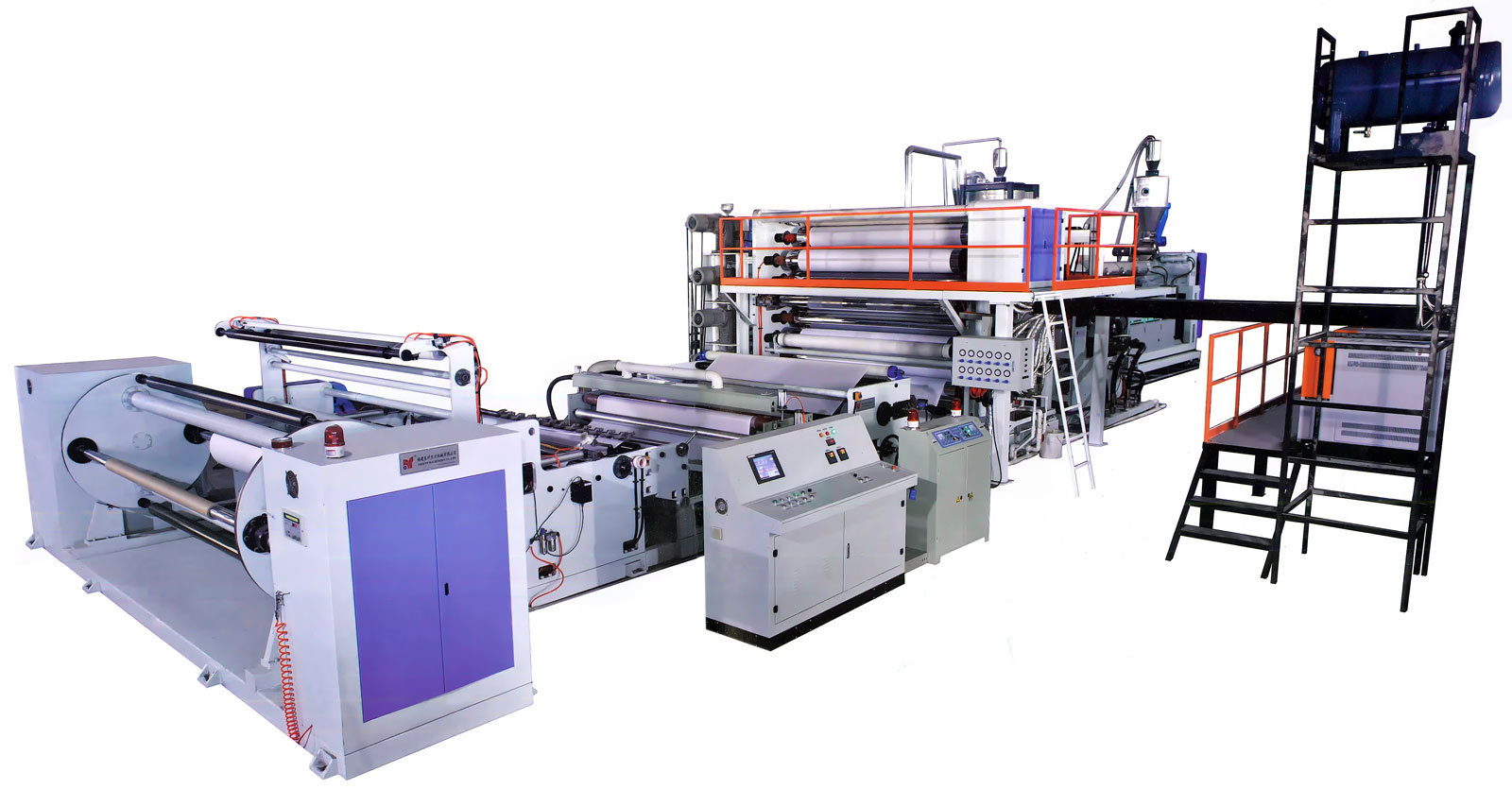